Master of None: The F-35 Fighter Isn’t the Best at Anything 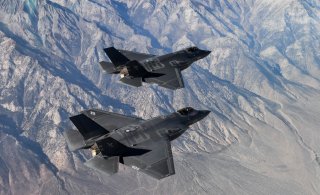 Here's What You Need To Remember: As a fifth-generation fighter, the F-35 provides advanced stealth along with improved agility and maneuverability, plus better sensor and information fusion, network-enabled operations and advanced sustainment. This makes the F-35 among the world's most advanced multi-role fighters flying today.