The Media Needs to Think About What it Republishes: A Case Study 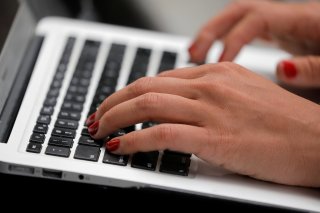 The debate over whether social media platforms should be held accountable for ensuring the content they carry is “truthful” (whatever that means — perhaps “not fake news” is a better description) continues to rage. Since checking the bona fides of questionable content is costly, internet platforms are increasingly managing reputational risks by attaching warnings where there is any doubt whether a claim is likely to stand up to reasonable scrutiny.

On the other hand, while one might hope regulatory and voluntary codes of conduct mean the traditional media is less prone to circulating and amplifying misinformation (including that emanating from quasi-scientific reports on complex and controversial subjects), it is not clear this is the case.

Take, for example, the traditional media’s handling of reports on mobile phone and internet bundles by the Finnish consultancy Rewheel/research. Their Digital Fuel Monitor reports comparing connectivity competitiveness and prices between countries have for many years provided grist for the mills of media outlets on both sides of the Atlantic because of their repeated findings that US and Canadian wireless prices are “exorbitant” and “among the world’s most expensive.” Uncritical republication of the headline findings by the mainstream media has led to the widespread popular perception that the headline-grabbing claims are true. The result has been significant consumer pressure on regulators and politicians to respond.

However, a simple Google search reveals there have long been significant concerns about Rewheel’s methodology, rendering the reports’ findings misleading at best and blatantly untruthful at worst — in other words, equally deserving of a warning for readers as politically questionable tweets are.

The most recent critique was released on Monday by NERA Economic Consulting’s Christian Dippon and 23 international legal and economic experts (including myself and AEI colleagues Mark Jamison and Daniel Lyons). It identifies Rewheel’s “unsuitable analytical concept, unrealistic assumptions, and the omission of marketplace realities” and states that “counterintuitive results inform the rankings’ ineptness.”

The comprehensive analysis in the plain-speaking report enables nontechnical readers to quickly understand Rewheel’s methodological weaknesses. It likens Rewheel’s decision to insert the price for the most expensive plan observed internationally into a country’s basket if that plan is not offered in that country as the equivalent of “imputing the price of buffalo meat in a vegetarian supermarket is the same as the price of the most expensive buffalo meat vendor in the world.”

It highlights Rewheel’s flawed assumption of a utopian world in which all providers face the same costs when comparing Canadian prices directly with Finnish ones, “even though Finland has a population one-sixth the size of Canada and a landmass one twenty-ninth the size” and “Finnish mobile wireless providers also pay about 90 percent less for radio spectrum relative to their Canadian peers.” And it demonstrates the fallacy of omitting the most popular plans in a country (for example, the plans purchased by 50 percent of Canadians) if they do not feature in the bundle selected for comparison. It is therefore unsurprising that Rewheel can declare an operator to be uncompetitive in a particular country when it is really the most popular one according to actual market data.

The report also identifies, in passing, an important fact about Rewheel that can inform all publishers about the risks of republishing its claims or relying on the veracity of the dramatic statements in its press releases and on its website: its business model. Rewheel employs the classic “freemium” model: “It publishes attention grabbing headlines and some colorful charts for free, but anyone seeking to understand more about the derivation of the data must pay Rewheel’s fees for the full content.” Contrast this with the classic academic research model in which full disclosure in the public domain of the research itself — and increasingly the data from which conclusions are drawn — is the norm.

In traditional media, journalistic ethics require disclosures when free trials or samples are provided as source materials. The authors and readers are aware of the potential for bias. Was the hotel room supplied to the travel journalist the best available or the run-of-the-house version? With freemium content, the relevant questions are: Are the results being shown in the most dramatic fashion to induce purchase? Is it reliable information or simply an advertisement?

While it may be asking a lot of the media to write knowledgably about highly technical and scientific work, it is definitely reasonable to expect a quick check of the business models of sources and couching any editorial commentary with warnings to alert readers rather than blindly republishing headlines.

Consumers should expect the same standards from all media providers — traditional and social — when it comes to the truthfulness of their content. Regulators and developers of industry conduct codes should be cognizant of the risks associated with freemium content too.