Meet the 5 Best .45 Caliber and 9mm Handguns On the Planet 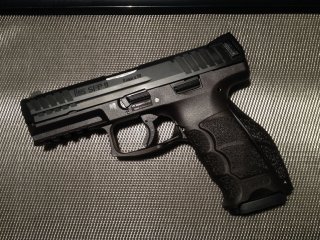 Here's What You Need To Remember: A new feature—increasingly common in handguns—of the VP9 is the ability to tailor the pistol’s grip to a wide variety of hand sizes. Each pistol comes complete with a number of removable backstraps and grip panels to reduce or enlarge grip width, with a total of twenty-seven different size configurations available for small to large hands.