Meet the 5 Best Rifles to Defend Your Family and Property 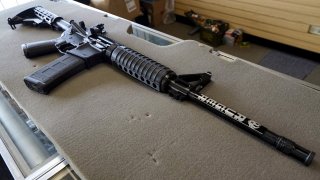 Here's What You Need to Know: A survival rifle must be accurate, light, and durable.

In the space of only a few weeks in early 2020, the United States changed forever. Sports leagues suspended their seasons. Entire industries were forced to shutter their doors. Jobs were lost. Food shelves emptied.

A global pandemic, COVID-19 or coronavirus took the world by storm. One of the most important tools a person could have to maintain their survival in the event of a total societal collapse is the rifle. Able to reach out and hit targets at a range that pistols and shotguns are unable to, rifles are ideal weapons for both self-defense and hunting situations. And in today’s article, I’m going to show you the 5 best survival rifles (along with a bonus one) to defend your family with.