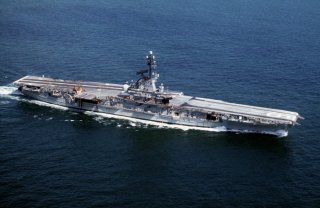 Here's What You Need to Remember: The “Grey Lady” retained design features that betrayed its battlecruiser heritage, including armor belts up to seven inches thick, and eight ship-killing eight-inch guns in four turrets—even though firing them across the flight deck was a risky proposition.