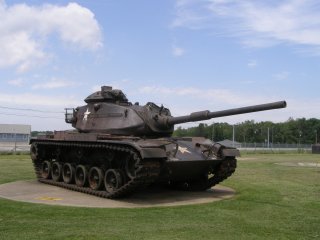 Here's What You Need To Remember: The Patton may reliably soldier on and contribute its heavy firepower to the battlefield—but in an era where minimizing casualties and denying propaganda victories to the other side is important, its dated armor protection will remain a liability.