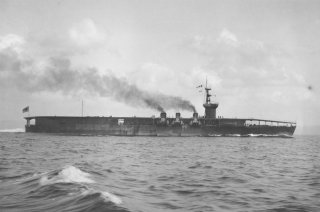 Here’s What You Need to Remember: Hōshō’s basic design would be used for other Japanese carriers including the Akagi, Kaga, and Ryūjō, but unlike those ships, which were all sunk during the Second World War, the Hōshō survived the war. She had been used in the attack on Pearl Harbor and was present at the Battle of Midway in a secondary role. At the end of the war, the Hōshō served as a transport to return military personnel to Japan.