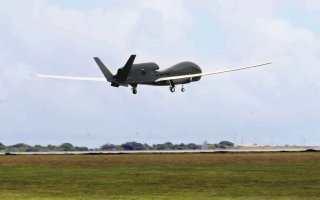 Here's What You Need to Know: The system will likely evolve toward new abilities to leverage AI-capable technologies.

Expanding the surveillance reach afforded by interoperable NATO-aligned drones throughout Europe, the Baltics, and areas bordering the Black Sea is an effort fast-gaining momentum in light of the Air Force’s progress engineering, refining, and testing new interconnected warfare network technologies to support an integrated “mesh” of intelligence nodes.

Having made new strides with its Advanced Battle Management System (ABMS) on-ramps designed to demonstrate growing technical levels of combat interoperability, the Air Force is also widening its collaborative military data-sharing networks to include more NATO allies. ABMS, referred to as an Air Force contribution to the Pentagon’s Joint All Domain Command and Control, is intended to expedite real-time sensor-to-shooter timelines through multi-node and multi-national information exchange.

“We have achieved a much greater level of flexibility, and fostered partnerships which demonstrate how committed our European Partners are to the security of the region. An example of this is our operations with NATO AGS. We have a strategy called the ISR 2030 Game Plan that looks at capabilities we have today and what we will have in the future,” Gen. Jeffrey Harrigian, Commander, U.S. Air Forces Europe, Africa, told reporters during the 2021 Air Force Association symposium.

“The wide area surveillance of the RQ-4D Global Hawk and the fixed, mobile and transportable ground stations will support a full range of missions, including protection of ground troops and civilian populations, border control, crisis management and humanitarian assistance in natural disasters,” a Northrop Grumman statement says.

In some instances, the system will likely evolve toward new abilities to leverage AI-capable technologies able to bounce new data off of an existing and seemingly limitless database to perform analyses, draw conclusions, find moments of combat relevance and effectively layer and prioritize crucial time-sensitive information.

“Well it’s all the data that goes into that. It’s what you’re seeing. And that’s the beauty. We just did the Advanced Battle Management System demo number two. It’s all about the data, and how you break that data, and package that data, and use some of our AI capability to lay out options for a commander,” Harrigian said.