Meet the Precursor to the SR-71 Blackbird: The Lockheed YF-12 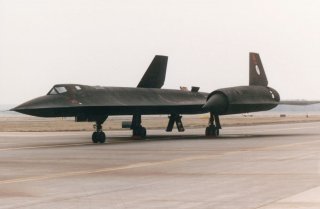 Here's What You Need to Remember: "The YF-12 allowed NASA researchers at all four of the agency's aeronautical centers (Langley, Lewis [now Glenn], and Ames as well as the Flight Research Center) to study the thermal, structural, and aerodynamic effects of sustained, high-altitude, Mach 3 flight."