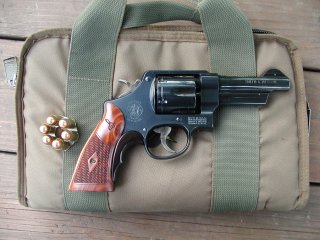 Here's What You Need To Remember: A single shot, manually fed weapon, the Little Badger is not a good choice for a personal defense weapon. It is, however, an excellent gun to take into the backcountry. The rifle has a sixteen-inch barrel with an overall length of thirty-one inches. Folded in half, the rifle is just seventeen inches long.