Meet the X-44 MANTA: This Futuristic Plane Was Derived From Lockheed's F-22 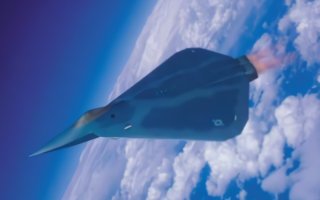 Here's What You Need to Know: Though the design never got off the drawing board, it would have been even stealthier than the F-22 Raptor.