Meet the XV-3: Grandfather of the Famed V-22 Osprey 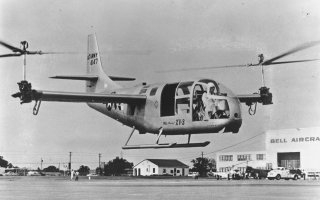 Here's What You Need to Know: This odd-looking tiltrotor paved the way for the V-22.