MiG-25: This Russian Fighter Was Obsolete the Second It Was Built 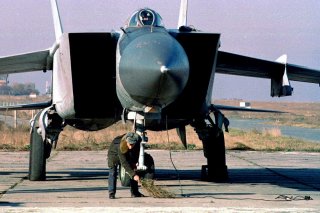 Here's What You Need To Remember: The MiG-25 was built to counter fast, high U.S. bombers, such as the B-70 Valkyrie. The problem came when the U.S. cancelled its B-70 program, leaving the MiG-25 with no strategic use.

The views expressed here are his personal views and do not necessarily reflect those of the Department of Defense, the U.S. Army, the Army War College, or any other department or agency of the U.S. government. This article first appeared in September 2018.