The Military Wants to Put Hypersonic Missiles on the F-35 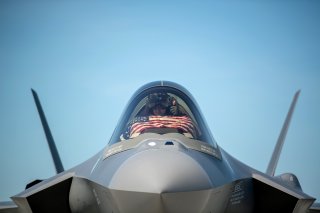 Here's What You Need To Remember: Crews can hang tons of missiles and bombs from the wings, albeit at the cost of the F-35’s radar stealth. The U.S. military even has a nickname for this configuration: “beast mode.”

David Axe serves as Defense Editor of the National Interest. He is the author of the graphic novels War Fix, War Is Boring and Machete Squad. This article first appeared in 2019.