Missiles are the Key to Conflict Against Russia and China 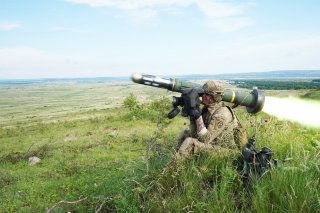 Here's What You Need to Remember: Several years ago, Russia demonstrated how it could use cargo containers as launch pads for Klub cruise missiles. This would make the weapon easy to transport—or even employ from a ship—while concealing it from detection and pre-emptive strikes.

This article first appeared in 2018 and is being reprinted for reader interest.