Missing Your Child Tax Credit? Make Sure to Update Your Address 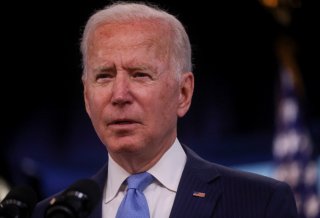 It appears that the Internal Revenue Service and the Treasury Department already have pivoted their attention to the third batch of the expanded child tax credits, which allow eligible parents to net as much as $3,600 per year for a child under the age of six and up to $3,000 for children between ages six and seventeen.

For tens of millions of cash-strapped, hardworking parents out there struggling to make ends meet, the disbursement of this newest government-issued direct cash payment was welcome news.

There were, however, still reports of some eligible parents who have yet to see the money that they are legally entitled to. That is why the IRS has launched a brand-new feature that enables any eligible family to update their mailing address using the Child Tax Credit Update Portal, which can be found on IRS.gov.

“This feature will help any family that chooses to receive their payment by paper check avoid mailing delays or even having a check returned as undeliverable,” the IRS stated in a press statement.

“Any family can easily have their September check and all future checks sent to their new address by using the portal to make an address change request,” the press statement continued. “To have the change take effect in September, people need to complete the request before midnight Eastern Time on Monday, August 30. Families can still make changes after that date, but their request will not be effective until the next scheduled monthly payment.”

If one chooses to change their mailing address on the portal, “the IRS will use this updated address for all future IRS correspondence so the address change feature can also be helpful to taxpayers that are receiving payments by direct deposit.”

This new feature on the Child Tax Credit Update Portal is part of a growing list of other services currently available to users, which include switching from receiving a paper check to direct deposit, changing the bank account where their payment is direct deposited, and stopping monthly payments for the rest of 2021.

Future portal enhancements may include being able to add or remove children, report a change in marital status, and report a significant change in income.

There already have been two known glitches despite being more than two months into the issuance of the credit payments. One is due to an unspecified issue and that up to 15 percent of families who received the payment in July via direct deposit now will be getting a paper check via the post office.

“For those affected, no additional action is needed for the September payment to be issued by direct deposit. Families can visit the Child Tax Credit Update Portal to see if they’re receiving a direct deposit or paper check this month,” the IRS noted in a press statement.

The other glitch is related to reports that some “mixed-status” families—those with one parent being a U.S. citizen and the other being an immigrant—didn’t immediately see the funds in their bank accounts. The IRS has confirmed that the nonpayment was indeed a mistake and steps have been taken to rectify the matter.