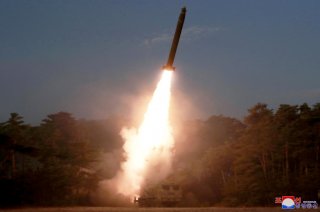 Here's What You Need To Remember: “North Korea will sell, export, transfer and will engage in proliferation of WMDs whenever the price is right, the buyers are right, the timing is right and conditions are good.”

That’s the claim made in a book by a senior North Korean diplomat who defected to South Korea in 2016. Thae Yong-ho’s book, “Cryptography From the Third-Floor Secretariat,” drew attention with its juicy revelations about Kim Jong-un’s family, including corruption and the obsession of the North Korean leader’s brother with rock star Eric Clapton.