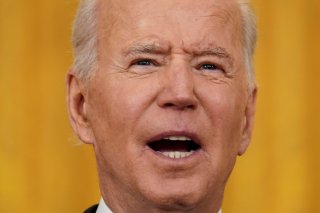 Here's What You Need to Remember: Also, if Biden’s highly ambitious $1.8 trillion American Families Plan—which aims to increase funding by the billions for education, child care, and paid family leave—eventually gets passed, it will further extend the child tax credit.

Know that it could be only weeks away when the Internal Revenue Service and the Treasury Department send out the final batch of $1,400 coronavirus stimulus checks under the American Rescue Plan.

And not surprisingly, the anxiety levels of millions of financially strapped Americans are ticking up daily, pushing them to quickly find solutions on how to pay for groceries, the mortgage, and rent in the coming months.

Last week, many of these Americans were certainly disappointed to hear that President Joe Biden, in addressing a joint session of Congress, did not directly press for a fourth or even a fifth round of stimulus checks. However, he did take time to note that the latest $1,400 stimulus checks have provided critical and timely support to struggling American families.

“A single mom in Texas who wrote me, she said she couldn’t work,” Biden said. “She said the relief check put food on the table and saved her and her son from eviction from their apartment.”

He added: “We kept our commitment, and we are sending $1,400 rescue checks to 85 percent of all American households. We’ve already sent more than one hundred sixty million checks out the door. It’s making a difference. For many people, it’s making all the difference in the world.”

But there are those in Washington who are mostly unenthusiastic about offering more monetary assistance to Americans, as they have pointed out that Congress has already approved the delivery of three stimulus cash payments—a $1,200 check in April 2020, $600 in December, and the current $1,400 payments under Biden’s $1.9 trillion legislation.

Earlier this week during a press briefing, White House Press Secretary Jen Psaki appeared to be noncommittal regarding future stimulus payments. When asked if there would indeed be another round to assist Americans, she responded: “We’ll see what members of Congress propose, but those are not free.”

Psaki, though, did touch upon the potential benefits of the expanded child tax credit, which will give millions of cash-strapped parents a $250 or $300 payment each month. These payments—seen by some as essentially “fourth” stimulus checks—are slated to head out beginning in July, the IRS has confirmed.

Under the legislation, the enhanced credit will potentially give parents and legal guardians a total of up to $16,200 of cash per child. And those with children living at their residence could be the beneficiaries of a monthly $300 check per each child for about four more years—through the year 2025.