More Than a Tomahawk: What’s the Deal With Russia’s Kalibr Cruise Missile? 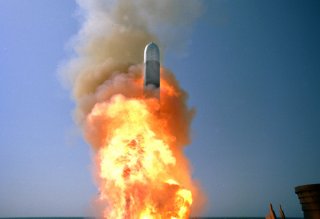 Here's What You Need to Remember: Though Russia still produces other types of naval cruise missiles, the Kalibr nonetheless appears set to remain the mainstay of Russian long-range naval strike capabilities for years to come. The land-attack version, in theory, offers similar performance to the U.S. Tomahawk, while the antiship variant’s terminal supersonic sprint may make it a deadlier weapon at sea.