NATO May Need More U.S. Help on its Borders to Deter Russia 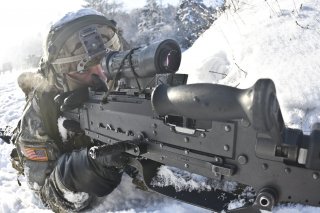 Key point: Russian conventional forces are capable of conducting a rapid, high-intensity campaign against the states on its immediate Western periphery. Latvia, Lithuania and Estonia – all NATO members – are particularly vulnerable to a conventional surprise attack.