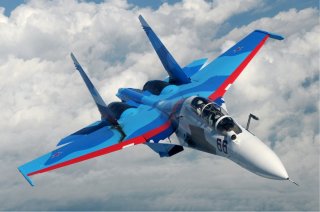 Here's What You Need To Remember: The latest modernization of Russia’s lesser fighters is no slouch and has its advantages too: The Su-27SM3 is significantly cheaper than the Su-35S and provides practically the same long-range capability. The Su-30s are potentially better for strike missions given the distributed pilot workload.