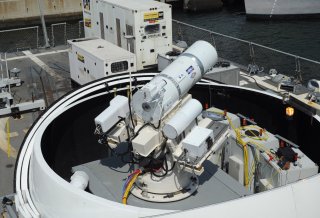 Here is what you need to remember: The Navy has two kinds of lasers it is working on to use on warships; one of which is more powerful and damaging than the other.