Navy’s Ford-Class Aircraft Carriers: The Best Ever to Sail? 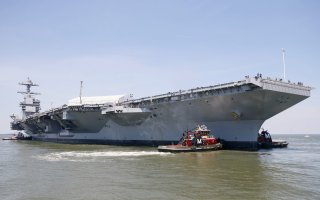 Here's What You Need to Remember: The Navy is making lethality enhancing “modifications” to its next two new Ford-class aircraft carriers, to include weapons-oriented ship-adjustments intended to further increase overall aircraft carrier combat effectiveness.