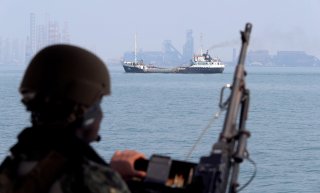 Here's What You Need To Remember: In today’s fleet of around 290 warships, there are two large warships such as 9,000-ton destroyers for every two small ones such as 3,000-ton Littoral Combat Ships. According to O’Rourke, the Navy wants to flip that ratio as it works toward a bigger fleet of as many as 355 ships. Sometime in the 2030s, there could be two small vessels for every large one.

David Axe serves as Defense Editor of the National Interest. He is the author of the graphic novels  War Fix,War Is Boring and Machete Squad. This article is being republished due to reader interest.