The Navy's Underwater Boomers Are Unstoppable 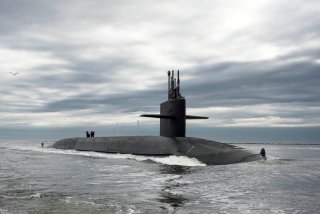 Here’s What You Need to Remember: More recently, one of the Navy’s boomers, the USS Alaska, made a publicized port stop at Gibraltar, though the submarine’s home port is in Kings Bay, Georgia.

As the Ohio-class is nuclear powered, they can operate for over a decade without needing to refuel or without requiring any major overhaul. Typically, however, the Ohios conduct deterrence patrols for about 77 days. After completion the submarines then stay in port for just over a month for provisions and routine maintenance. The longest known Ohio patrol, conducted by the USS Pennsylvania in 2014, lasted for 140 days, a Navy record.