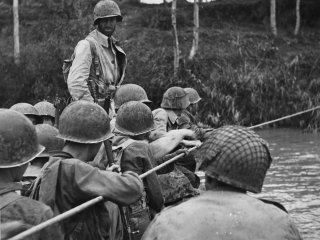 What You Need To Remember: About half of the four thousand men of the 36th Division were killed, wounded, or captured in the desperate attack.

(This first appeared in 2019 as part of a three-part series.)