Never Forget the Terrible Cost of the Korean War 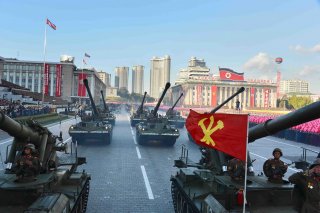 Here's What You Need to Remember: On a per-capita basis, the Korean War was one of the deadliest wars in modern history, especially for the civilian population of North Korea. The scale of the devastation shocked and disgusted the American military personnel who witnessed it, including some who had fought in the most horrific battles of World War II.