This New Air Force Technology is Taking Clouds Down a Notch 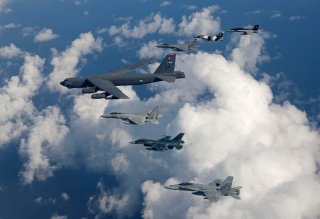 Here's What You Need to Remember: ViSAR should function seamlessly as part of a sensor suite. In clear conditions, the E.O. sensor would feed video to the crew. At night, the operators would switch to the I.R. sensor. And when clouds or dust obscure the ground, ViSAR could take over. To the crew, it would all look like video.

Despite big advancements in sensor technology in recent years, clouds can still block a warplane crew’s view — and make it impossible to support troops on the grounds.