A New Attack Submarine Could Change the U.S. Navy’s Fortunes 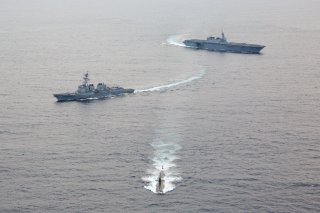 Here's What You Need to Know: Block the straits between the islands and you imprison Chinese shipping within the China seas, doing the adversary a world of hurt in not just the military but the economic sphere. It doesn’t take a Seawolf-like submarine that sorties thousands of miles from home to seal off a narrow sea. A diesel sub stationed in the theater—at, say, Sasebo or Yokosuka, home to the U.S. Seventh Fleet—can reach its operating grounds and loiter there, sinking ships without all the excess capability manifest in an SSN.

Recently the fine folks at USNI News and The War Zone reported on an intriguing interview with Rex Geveden. Geveden is the chief executive of BWX Technologies, the firm that supplies nuclear reactors to the U.S. Navy aircraft-carrier and submarine fleets. He forecast that the U.S. Navy’s next generation of nuclear-powered attack sub (SSN), currently dubbed SSN(X), “will be a larger type of submarine, probably in the size class of the Columbia”—Columbia being the new nuclear-powered ballistic-missile submarine (SSBN) class that rumbled into production this month when the navy awarded builders a $9.47 billion contract for the first hull and advance work on the second.