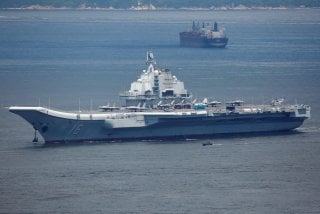 Here's What You Need To Remember: The new Chinese AEW plane may not be quite the wonder weapon it’s made out to be, but it’s a useful capability which will allow Chinese carriers to extend radar coverage and coordinate operations further away from their littoral waters. Its another piece of evidence that Beijing is meticulously building up elements of its naval power with an eye on long-term higher-end capabilities.

Sébastien Roblin holds a master’s degree in Conflict Resolution from Georgetown University and served as a university instructor for the Peace Corps in China. He has also worked in education, editing, and refugee resettlement in France and the United States. He currently writes on security and military history for War Is Boring. This article first appeared in 2019.