This New Chinese Drone Is Designed to Carry Cruise Missiles 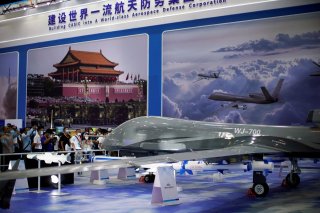 Here's What You Need to Remember: A cruise missile-armed drone could operate in extremely high threat environments, and therefore engage in operations or attacks while under enemy fire without placing pilots at risk.