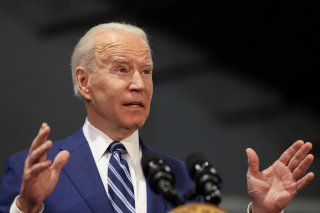 Here's What You Need to Remember: According to the IRS, each dependent can only be claimed by one taxpaying parent—thus only one check will be sent for each child. In some cases, the one parent who has custody of the child for more time will get to collect the check. But in other cases, the parent with the higher adjusted gross income can claim the credit.

Thanks to the Internal Revenue Service, millions of eligible Americans have already seen their $1,400 coronavirus stimulus checks under the American Rescue Plan land in their respective bank accounts.

But there is no question that many are still struggling amid the ongoing pandemic—and perhaps the most vulnerable right now are low-income American parents with multiple children. Come July 15, however, there will indeed be help on the way for these individuals via the new child tax credits. According to the White House, nearly forty million American families are expected to benefit from these funds.

Know that this newest cash windfall will make eligible parents qualify for $3,600 per year for a child under the age of six and up to $3,000 for children ages between six and seventeen. This all means that for a family headed by a couple earning less than $150,000—or an individual making under $75,000—they can now collect $250 or $300 payment each month through the end of the year.

As the IRS, however, begins the early stages of the payment rollout, some parents who share custody of a child are left to wonder whether they each will receive a full child tax credit check.

According to the IRS, each dependent can only be claimed by one taxpaying parent—thus only one check will be sent for each child. In some cases, the one parent who has custody of the child for more time will get to collect the check. But in other cases, the parent with the higher adjusted gross income can claim the credit.

Some divorced couples often have their own arrangements, such as alternating which years they will claim a dependent on their tax returns. In such cases, these parents generally completed IRS Form 8332 to direct which individual should receive the benefits.

Do keep in mind that with the first two stimulus checks, non-married parents who share joint custody of a child could, in fact, each receive a payment for the same child if they alternate years claiming the dependent on their taxes. Congress, however, closed that loophole for the third round of stimulus checks and the child tax credit payments.

Take note that if one parent mistakenly claims a dependent, he or she may be on the hook to repay any difference in the final credit amount. Moreover, if one’s financial situation changes throughout the year, that could also trigger an overpayment of the credits that will need to be paid back.

To prepare for such scenarios, the IRS has announced that two portals will be launched by July 1, so that taxpayers’ information can be added or updated more conveniently.

“Taxpayers will also have the opportunity to update information about changes in their income, filing status or the number of qualifying children. More details on how to take these steps will be announced soon,” the IRS said.