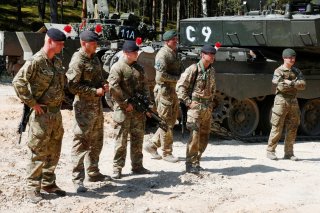 I spent much of the late 1990s as a reserve military intelligence officer involved in the hunt for war criminals in Bosnia. We got most of them in the end. A couple of years later, as a civilian human rights officer, I visited dozens of shallow graves and killing sites in Kosovo to document investigations and exhumations.

Many of these killings were carried out by Serbian and Croatian units which called themselves “special forces”. At that time, I was confident that British special forces were different. Now, not so much.

Military emails revealed recently by the Sunday Times have shown yet again, that the British special forces seem to have been operating Balkan-style death squads in Afghanistan, killing unarmed men. Last year the BBC raised the alarm on dozens of suspicious deaths during night raids – including children.

The Ministry of Defence said all these cases and many, many others have been “independently investigated” by the British Army’s own military police. The Ministry does not explain how an investigation of the Army by the Army is “independent”. A subsequent article, written in response to the revelations by well-known historian Andrew Roberts, reveals that the government and others apparently think that some of the alleged activities constitute acceptable behaviour. Roberts’ article was given the headline “Tie its hands and the SAS will lose”. It is worth pointing out that the SAS, along with the rest of the British Army, did lose in Afghanistan. This despite the fact that it is luminously clear that the only hands being “tied” were their prisoners. It is also worth saying that their actions have left a poisonous legacy in the country.

Arguments by those who advocate giving “leeway”, as Roberts puts it, for those inclined to war crimes, are important now. They are part of a move by some senior military figures and acolytes in parliament to remove the constraints applied by law on British forces through a proposed piece of legislation called the “Overseas Operations Bill”. This went through its first reading in parliament in March and, if implemented, would make it much harder to prosecute war crimes by the British military.

The proposed law provides a five-year time limit, after which prosecutions for war crimes have to pass through a so-called “triple-lock” procedure before they can proceed. This includes a “presumption against prosecution” once that five-year limit has passed. Cases brought after that time would be “exceptional” and would require the consent of the Attorney General. All this amounts to what is called in legal terms “qualified immunity” for those who have committed war crimes. War criminals simply need to run down the clock.

The basis for this law is the idea of “tank-chasing lawyers” who persecute soldiers with supposedly dishonest claims concerning their activities abroad. However, this is seriously misleading. Criminal prosecutions for war crimes are brought by military prosecutors, not unscrupulous “tank-chasers”. Cases supposedly involving immoral lawyers were brought on behalf of Iraqi and Afghan alleged victims for compensation. These were not war crimes prosecutions. The disgraceful implication of this is that the activities of a single law firm should form the basis for undermining decades of consistent international leadership in this field. Britain has been at the forefront of dealing with war crimes since the Nuremberg tribunals just after the second world war.

This squalid piece of legislation is not going to have an easy ride. Sensible and experienced military voices are now being raised. These officers take seriously their commission from the Queen to carry out their duties “according to the rules and disciplines of war”. David Benest, a leading expert on the history of British war crimes, wrote before his recent death that the bill risks reinforcing an already well-entrenched “cover-up” culture. Equally powerfully, one of the most senior retired officers Charles Guthrie, a former commander of the SAS, has written that the provisions of the bill “appear to have been dreamt up by those who have seen too little of the world to understand that the rules of war matter”.

There is disquiet elsewhere, and for very good reasons. The chairman of the House of Commons Defence Committee has asked whether discussions have taken place with the International Criminal Court about the bill. Such discussion, had it taken place, might have reminded the relevant politicians that were it ever to be made law there is every possibility that the ICC would take over war crimes prosecutions themselves. If that were to happen, the death-squad trigger-pullers won’t be in the ICC’s sights. They will be investigating the generals who ignored, allowed or condoned the soldiers’ actions. They’ll be looking at the ministers who signed off on the operations, and who failed to ensure adequate oversight of what was happening. Unlike in Bosnia, we won’t need search teams to find them.