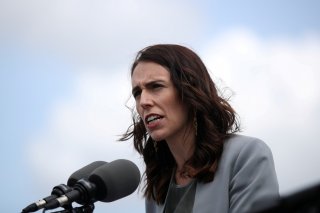 The decision to delay New Zealand’s 2020 general election to 17 October, according to Prime Minister Jacinda Ardern, was partly about voter and candidate safety and partly to allow parties to campaign fairly.

As much as anything, Ardern wanted to restore some sense of political certainty amid the ongoing COVID-19 crisis.

The reemergence of community transmission, with Auckland moving to alert level 3 and the rest of New Zealand to level 2, had thrown the election campaign into a kind of limbo. Arguments for and against delaying the election consumed the news and social media in the lead up to Ardern’s call.

National leader Judith Collins argued it was “unsuitable to expect there to be a fair and just election at a time when the opposition parties and other parties in government are not free to campaign” and that “postal voting is not good enough”.

ACT leader David Seymour said candidates and voters in Auckland were “effectively under house arrest” and having the Prime Minister fronting daily COVID-19 press briefings meant it was no longer a “level playing field”.

Even New Zealand First leader Winston Peters called for an extension, despite his party arguably having the advantage of incumbency and him being deputy prime minister.

Only the Greens dismissed the need for a delay, saying opposition arguments were purely political and that the Electoral Commission was best placed to decide whether turnout would be compromised at level 2 or 3.

Is conventional campaigning out of date?

It’s true that under both alert levels it has become impossible to hold political events such as campaign launches, meet-and-greets in malls or on the street, and door-to-door canvassing.

But the question in 2020 is how relevant are those conventional campaign methods compared to the other ways voters now obtain political information?

We explored this very question by looking at data from the 2017 New Zealand Election Study. We found that while parties and candidates use multiple methods to reach voters, voters are not passive in this process and can choose their methods of engagement and participation.

Data from our 3445 respondents revealed a number of key points:

Overall, 86% of respondents said they received their political information, advertising or news from television, radio, print media or online.

While television and newspapers were the most commonly accessed (the range was between 42% and 59%), 36% also used social media – which was twice as popular as radio.

The rise of the internet

We also asked how people participated in the campaign process. The highest scoring option was watching an election debate on television (62%). But the internet came a close second, with 61% saying they used online sources at least once to access election information.

We know there are risks associated with online platforms and social media being the primary or sole source of political news, given they are the primary channels for the spread of misinformation, disinformation and worse.

But we also know our respondents used the internet to access more authoritative sources:

By contrast, only 5% said they attended a political meeting during the election campaign.

This isn’t to say town hall meetings, campaign launches, and meet-and-greets aren’t important. They are a means to mobilise the party faithful, to fundraise and to communicate policy platforms. And we know that face-to-face engagement is critical for building trust.

But these are no longer the only means of influence for political parties. Many voters have moved to different and more varied platforms, most of which are easily accessible during level 2 and level 3.

In the end, Ardern has made a political calculation about the immediate circumstances of the 2020 election. But perhaps the time has come for parties to rethink their strategies for 21st century campaigning in general.