The Next COVID-19 Crisis: U.S. States Are Facing a Massive Revenue Shortfall 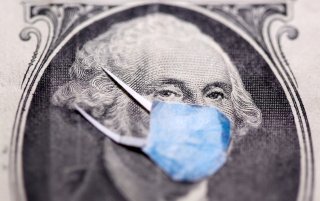 The COVID-19 pandemic is causing acute fiscal stress for state and local governments. The pandemic has both increased governments’ expenditure needs and reduced their tax collections, which is problematic given their balanced-budget requirements.

We go on to apply results from other recent research to construct a rough estimate to the totality of the revenue shortfall that will face all state and local governments combined. We estimate an overall revenue shortfall of approximately $240 billion for the 2021 fiscal year.

We conclude by contrasting our approach with forecasts based on the historical relationship between state budgets and state unemployment rates. These estimates are of interest because they have been prominently discussed in the context of the fiscal assistance envisioned by the Health and Economic Recovery Omnibus Emergency Solutions (HEROES) Act passed by the House of Representatives.

The initial estimates based on unemployment forecasts were considerably larger than our estimates. Specifically, Timothy Bartik of the Upjohn Institute estimated in late May that the combined state and local shortfall from the third quarter of 2020 through the second quarter of 2021 would amount to $568 billion, more than twice our $240 billion. (The total shortfall he arrived at for the 2020 and 2021 calendar years is $956 billion, which is quite similar in magnitude to the aid found in the HEROES Act.) Elizabeth McNichol and Michael Leachman of the Center on Budget and Policy Priorities arrived at moderately smaller estimates by applying essentially the same methodology to Congressional Budget Office’s (CBO) July forecast for unemployment. Over the 2021 fiscal year, they estimate that the shortfall for state governments alone will be $290 billion.

While we believe that this alternative method has some shortcomings, updated estimates of revenue shortfalls based on unemployment data are much closer to our estimates. If the unemployment rate were to remain at its most recent reading through the second quarter of 2021 — arguably a pessimistic assumption — Bartik’s methodology would imply a $325 billion shortfall for the current fiscal year for state and local governments combined. A larger number than our $240 billion, but in the same ballpark.

It is of course not the case that these amounts translate into optimal additional federal grants. As we point out in the paper, policymakers should also consider shortfalls from the second quarter of 2020; previous federal grants in the CARES Act and other pieces of legislation from earlier this year; state and local rainy-day funds; crisis-related spending needs; and the fact that that the CBO’s July forecast projects that, even as far out as 2030, nominal GDP will be 4 percent below its January forecast.