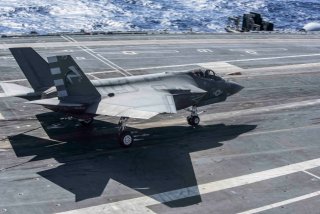 Here's What You Need to Remember: One of the chief worries has been the logistics involved in keeping a myriad of jets supplied not only with fuel but also with weapons. Though Roper says the Digital Century Series approach would strive to keep as much commonality between platforms as possible, the jet’s differing capabilities could create logistical complexities.

Caleb Larson holds a Master of Public Policy degree from the Willy Brandt School of Public Policy. He lives in Berlin and writes on U.S. and Russian foreign and defense policy, German politics, and culture. This first appeared in June 2020 and is being republished due to reader interst.