In the Next Korean War, the DMZ Will Become a Total Death Trap 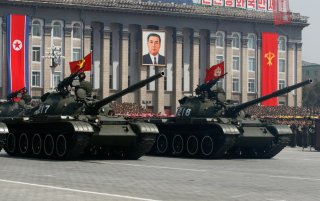 Here's What You Need to Remember: The Korean DMZ is almost certainly the most heavily armed place on Earth. In the event the unthinkable happens, the presence of three large armies on the Korean Peninsula and their associated firepower would make the otherwise peaceful 2.5-mile-by-160-mile strip (which doubles as a wildlife refuge) one of the deadliest battlegrounds ever conceived.