The Nimitz-Class Aircraft Carrier: An American Symbol of Power 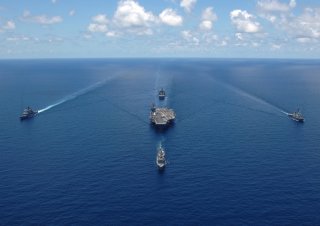 Here's What You Need To Remember: The Nimitz-class aircraft carrier is unquestionably a symbol of American might and power projection abroad. But that isn't necessarily a bad thing - just ask the many recipients of carrier-based humanitarian assistance programs.