Nine Things That Affect Your Chances of Getting Dementia 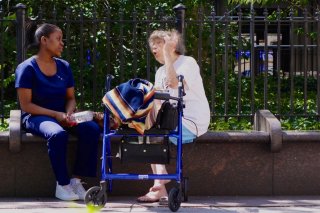 Dementia is by no means an inevitable result of ageing. In fact, one in three dementia cases can be prevented, according to new findings published in The Lancet.

For the report – the first for The Lancet Commission on Dementia Prevention and Care – my colleagues and I analysed a number of studies and developed a model showing how lifestyle changes, at different ages, can reduce a person’s risk of developing dementia.

We considered potentially reversible risk factors from different life stages – not just old age. Based on this, we propose a new model to demonstrate the possible impact of eliminating these risk factors across the lifespan.

We have detailed the compelling international evidence for nine lifestyle factors that may reduce, or increase, an individual’s risk of developing dementia. These are more childhood education, exercise, being socially active, stopping smoking, managing hearing loss, depression, diabetes, high blood pressure and obesity. Each of these factors could help prevent or delay dementia. 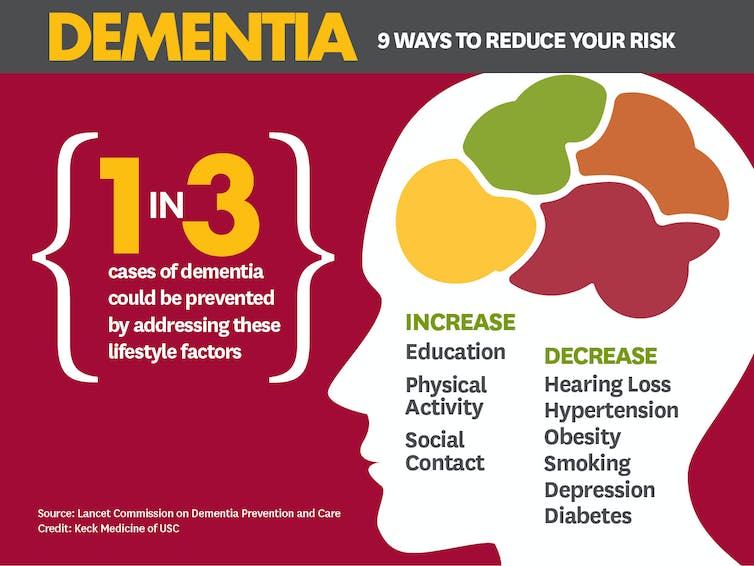 Our message is: be ambitious about prevention; put these into practice. It’s never too early to start education – and never too late to check your blood pressure and stop smoking. Get your blood pressure checked if you are 45 or over and keep it under control. Ask your family if they think your hearing is a problem and, if so, seek medical help. Be physically, mentally and socially active and watch your weight and blood sugar.

Dementia is the greatest global challenge for health and social care in the 21st century – and the greatest fear of most people. People are living longer, and dementia is mainly a disease of old age, which means that rates are going up. About 47m people around the world are living with dementia. That figure is expected to rise to 115m by 2050.

The 2015 global cost of dementia was estimated to be US$818 billion (£630 billion) and this will continue to increase as the numbers of people with dementia rise. Nearly 85% of costs are related to family and social – rather than medical – care. It may be that future new medical care, including public health measures, may reduce some of this cost.

It’s about doing something now

Giving people information about what to do to prevent dementia is an essential first step, but it is not enough. There is a responsibility, not just as professionals but as a society, to implement this evidence into interventions that are widely and effectively used for people with dementia and their families. So our recommendations need public health as well as individual effort. Interventions have to be accessible, sustainable and, if possible, enjoyable or they won’t be used.

Of course, not everyone will be able to make changes, some changes will not make a difference and some dementia risk is genetic (about 7% of cases) and not currently modifiable. Nonetheless these interventions should delay dementia for some years for many people and this would be an enormous achievement and enable many more people to reach the end of their life without developing dementia.

Effective dementia prevention could transform the future for society. Acting now on what we already know can make this difference happen.