No George Washington: How General Charles Lee Tried and Failed to Lead 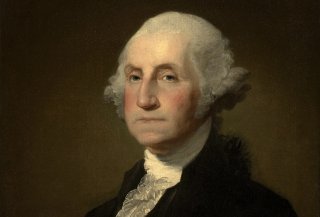 Just so. War unfolds in layers, and what makes sense on one layer—in this case the tactical and operational layer—may not make sense on the plane of strategy and politics. Charles Lee was correct to push an alternative vision of combat against Britain, and his hybrid methods found their way into Nathanael Greene’s conduct of operations in the American South. For this let us acclaim the redoubtable Boiling Water. But as a political radical, Lee’s ideas should have—and did—give the founders pause. They rightly rebuffed his vision.

It makes little sense to forfeit a free nation for the sake of winning battles. Whether or not George Washington was a robot sent from the future, that’s the lesson from the debate over strategy for the War of American Independence.

James Holmes is Professor of Strategy at the Naval War College and coauthor of Red Star over the Pacific (second edition forthcoming 2018). The views voiced here are his alone. This first appeared earlier and is being reposted due to reader interest.