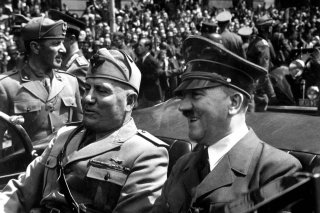 Key point: The rise of fascism and the war were tied to larger historical currents, but the Nazi Party owed a lot to Hitler himself.