No Hope: The Warsaw Pact Would Have Completely Steamrolled NATO 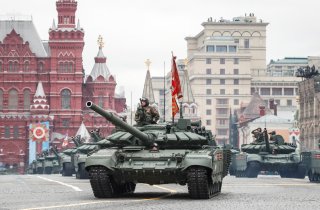 Here's What You Need to Remember: While the World War III scenario in Europe was always unlikely, it was also the most dangerous. We now know that, instead of an escalation to nuclear war being a possibility, it was virtually guaranteed. The only question would have been to what extent—and whether or not human civilization would have survived it.