No, Hypersonic Missile Defense Is Not Impossible 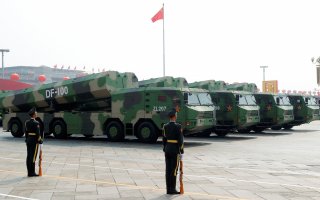 Here's What You Need to Know: It’s difficult, but not impossible to defend against these weapons.

Milley overhyped the capabilities of China and Russia’s Mach-five missiles, potentially stirring uncertainty into negotiations over the Pentagon’s budget for 2021.