No Longer Nuclear: How the B-1 Lancer Still Packs a Punch 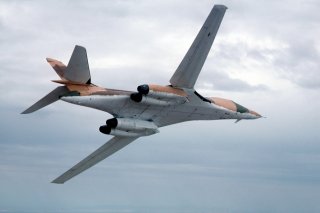 Here's What You Need to Remember: The B-1 proved to be popular in Afghanistan, where its combination of high speed, long-range, and high payload capacity meant that it could serve as a ground-attack-support platform, despite being originally designed as a nuclear bomber.