No Persian Empire: Why Iran Is Far From America's First Priority 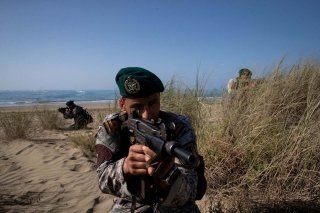 Here's What You Need to Remember: Iran falls woefully short of hegemonic status. Iranians certainly long for the glory days when the Persian Empire bestrode the Middle East and South Asia and, for a time, even threatened to bring Europe under the Great Kings’ suzerainty. But contemporary Iran is no Persia.