No Rubles, No Su-57: Russia's Lack of Money Hurts Its Defenses 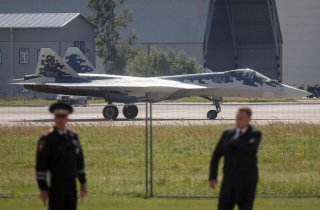 Key point: Russia has a good plane in the Su-57, it just doesn't have enough money to buy more of them. If Moscow's financial outlook doesn't change, there won't be many more new fighters anytime soon.

David Axe served as a defense editor for the National Interest. He is the author of the graphic novels  War Fix, War Is Boring and Machete Squad. This article was first published in May 2019.