No Stimulus Check For You: Not Every Parent Is Eligible for the Child Tax Credit 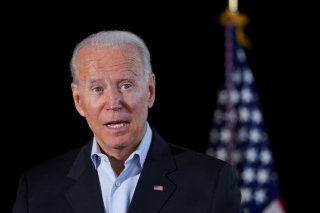 Here's What You Need to Remember: Children who provide at least half of their own financial support—child actors, for instance—are not eligible for the credit.

Starting on July 15, roughly thirty-six million American households will receive the first of six Child Tax Credit payments. Each month from July until December, eligible families will receive either $250 or $300 per child per month, depending on the child’s age. At the end of the six-month period, the families will have received half of the total tax credit; the other half can be deducted from a family’s taxes when it comes time to file in April 2022.

Around 92 percent of all American families will be eligible for the Child Tax Credit. However, this means that just under one in ten families will not receive it. This is largely because of the income restrictions included with the tax credit, but there are a number of other, less common reasons a family might be ineligible, too.

Making Too Much Money

One of the criticisms of government assistance—both the Child Tax Credit in previous years and the last three rounds of stimulus payments—is that it is often not means-tested strictly enough. For instance, in 2011, Amazon CEO Jeff Bezos, then worth $18 billion, was able to claim $4000 in Child Tax Credit assistance for his four children.

The updated Child Tax Credit payments, passed in March 2021 as part of the American Rescue Plan Act, have partially addressed this problem. Prior to the legislation, the upper income cut-off for Child Tax Credit payments was $400,000 for couples and $200,000 for single parents. The March bill reduced it to $150,000 for couples and $75,000 for single parents.

If a person makes more than this amount, then they might still receive a partial credit, but the payment amount will be substantially decreased.

Parents who share joint custody of their children cannot both qualify for the credit; one or the other must be eligible. Along the same lines, children must live with the receiving parent for at least six months out of the year.

Additionally, both the recipient and the dependent must be U.S. citizens, although if one parent is a non-citizen, the family as a whole is still eligible for the credit.

Finally, children who provide at least half of their own financial support—child actors, for instance—are not eligible for the credit.

A Note to Non-Filers

The IRS is basing its payment scheme based off of the 2019 and 2020 tax returns for families. This means a family that received the Child Tax Credit in 2020 will likely receive it again this year, if their children are still below the age of eighteen.

The reliance on previous tax returns means that the IRS does not know to send the credit to non-filers. However, non-filers are still eligible for the credit; they simply have to register on the IRS’s website, using a portal specially created for this purpose. The payment will be sent out, even if a recipient does not ordinarily make enough money to pay taxes in the first place.