North Korea Once Had Wooden Airplanes and a Foolish Plan 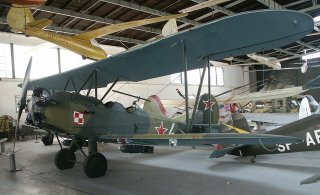 In a 1998 article in Military History, Michael O’Connor would estimate that only thirteen Washing Machine Charlies were shot down by U.S. aircraft, not counting MiGs. Considering the constant nuisance and occasional havoc they wrought, as well as the considerable high-tech resources invested in hunting them down, the night intruders achieved useful results at a limited cost.

The F-94 would end the war with four kills, and F3D Skyknight with six (including four MiGs), making the latter the top-scoring Navy fighter type of the Korean War. Soviet pilots claimed to have shot down eleven F-94s; however, U.S. records confirm the loss of only one F-94 and F3D each to MiG-15s. However, dozens of each aircraft type were lost in accidents or to unknown causes.

Sébastien Roblin holds a master’s degree in conflict resolution from Georgetown University and served as a university instructor for the Peace Corps in China. He has also worked in education, editing and refugee resettlement in France and the United States. He currently writes on security and military history for War Is Boring. This article was first published in 2019.