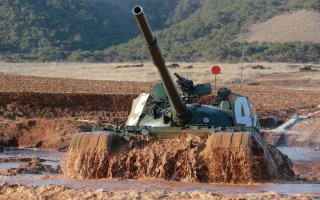 Key Point: In the event of war the 105th would once again charge south, exploiting any breakthrough in ROK Army lines to make a dash towards Seoul and beyond.