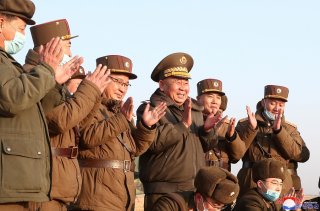 Here's What You Need to Remember: Will 1950s tactics work today? When North Korean and American last met in open battle, it was seventy years ago and the Communists only faced poorly trained American and South Korean conscripts armed with World War II weapons. Today they would face professional American soldiers and well-trained South Korea conscripts.

This article first appeared in January 2018 and is being reposted due to reader interest.